My next presentation will be on Saturday and will feature post-mortem of Rot Gut / Black Elixir.

These days are full of love. It’s Iran’s 2nd game festival (IRGF) and it’s full of very useful workshops. I was honored to have one already which was titled “Indie and Casual: Differences” which I talked about what is independent game development and introduced some facts and reviewed some noteworthy and important games along with screening trailer of Rot Gut which I got very positive impressions.

I’ll do another conference on Saturday on Post Mortem of Rot Gut which I’ll try to talk about process of creating an indie game in Iran and use experiences I earned during the past 4 years of pursing this path.

I’ll recorded the talk and I’ll upload it whenever I find a good internet connection.

For someone like me who spends and spend his whole lifetime loving and working on video games, seeing someone loving his product so much that creates fan art for it just makes me well up. Check out these lovely art works by a dear Rot Gut fan, Mohammad:

Our dear friend and artist, Soheil Danesh, made another poster/wallpaper for our game, Rot Gut. Such a brilliant piece of art that perfectly reflects our game: 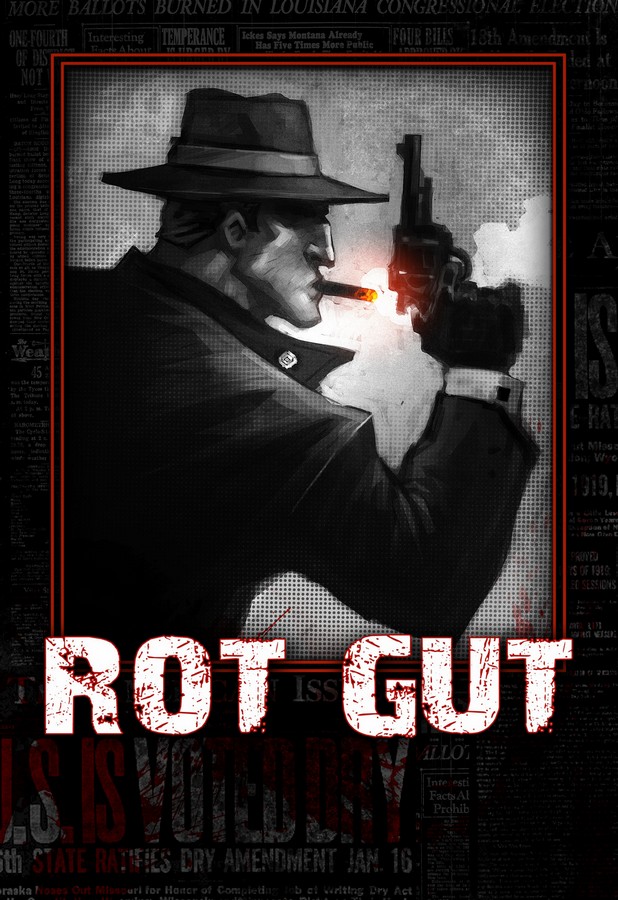 You can watch Rot Gut’s trailer here on youtube:

For the 2nd Iranian Game Festival (IRGF) (Persian link, English link) we presented Rot Gut as “Black Elixir” and keeping our fingers crossed. For the previous IRGF we presented Hasan Kachal which got nominated as best indie game.

Here are pictures of packaging and documentation, hope you enjoy it: